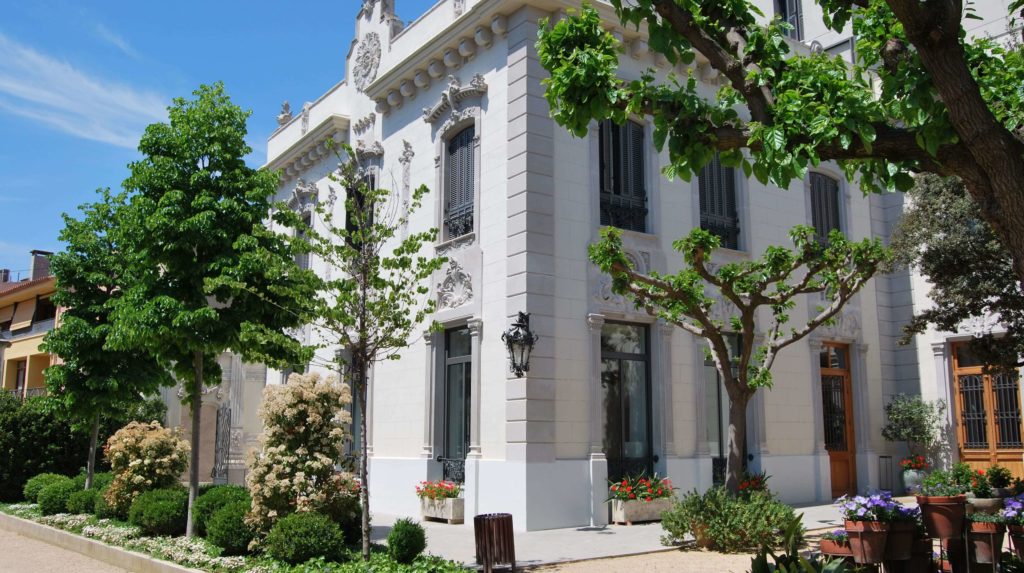 “A spring with a lot of history”

Passage area of ​​the Via Augusta, Caldes de Malavella became a place of pilgrimage in Roman times, due to the recognition of its thermal waters. With the name of “Aquis Voconis or Aquae Calidae”, it became in the s.II BC a center of settlements where the healing properties of its waters were enjoyed. Subsequently, the thermal cores were established in the springs of the “Puig de les Ànimes” and the hill of “Sant Grau” to carry out hydrotherapeutic treatments.

The fall of the Roman Empire and the Visigothic and Saracen invasions led to the depopulation of Caldes. With the arrival of the Franks, the old village would be repopulated through a system that allowed the peasants to be masters of their lands, a fact that would change with the beginning of the feudalism of the s.XI, and that would revoke Jaime I.

The town lived on agricultural tasks until in the 15th century, the curative effect of the thermal waters was confirmed on the same poor hospital, built on ancient Roman baths. After the War of Succession, the eighteenth century led to a period of growth with the recovery of the thermal activity of the town.

The s.XIX brings a new development and social class: the bourgeoisie, attracted by the healing properties of the thermal waters. That is why they started to build small establishments and bathrooms, but it was not until the construction of the great spas that Caldes de Malavella became a summer resort.

Around 1840, the Prats family began to channel the water from the Mina source and built the Baños Prats establishment, with a clientele of 400 people per year. In this way, the complex is transformed into a spa, until at the end of the 19th century the neoclassical building we know as Balneari Prats is built.

Nowadays, the spa -which is also a hotel- comes to all kinds of people looking for a cozy, familiar and relaxing place to take care of and pamper themselves, both in body and in spirit, something that is achieved thanks to peace and tranquility that is breathed in the environment.